Use of drones in Aircraft Maintenance and Repair 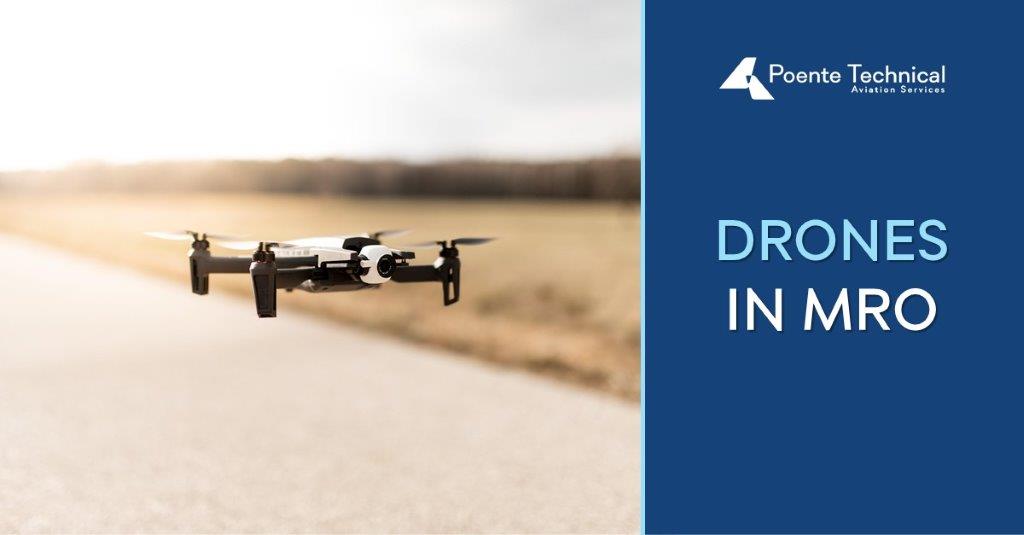 All innovation in the aerospace sector is driven by efficiency, although different parts of the sector attach their own meaning to this. For MROs, efficiency has to do with the most effective use of the airplane in the service of its owner. In practical words making sure it is making money for the largest-possible portion of its working life. Innovation in MRO is to do with making the process faster and returning the aircraft to active service in the air as soon as possible. The appearance of drones has certainly brought great changes in this area of the aviation industry. Drones have the potential to mitigate the cost and greatly reduce the time spent on maintenance.

Drones are becoming a mainstream trend in the inspection landscape for visual assessment owing to its small size and the functionality of being remotely managed. Technological improvements have a huge impact on the commercial applicability of drones. Aircraft inspection drones are equipped with aids such as mirrors, endoscopes, lenses, and optic fiber devices to provide an enhanced level of safety and serviceability during aircraft inspection.

Huge advantages in the use

The benefits that drones provide are numerous. Automation and acceleration of the process of defect detection allow MROs to pinpoint potential damage that could be inspected visually at a later stage. Drones are most useful for visual inspection of aircraft that may have been damaged by lightning. Besides, scheduled maintenance of fuselages and other parts that might require minor repairs is another useful side. Another use of drones is the delivery of spare parts, which could help cut down on time spent by MRO personnel in the hangar, ultimately resulting in much more efficient repair work.

Drones have proven to reduce the inspection time by 80% to 90%. The drone is estimated to identify any aircraft structural damage, as well as assess paint quality, markings, and signs of a lightning strike, saving notable time and resources in the inspection and overall maintenance turnaround time.Their reliability is of high importance in aircraft as any deviation can fail in the airplane, which sometimes can turn out to be fatal. Fast-paced error-free inspection is what sets down soils for the growth of aircraft inspection drones in the aviation industry.

For decades, the aircraft inspection process has been the same. With the introduction of drones, we could say that a small revolution has been introduced. The accelerated development of new technologies has enabled this process to be significantly accelerated and become even more reliable.