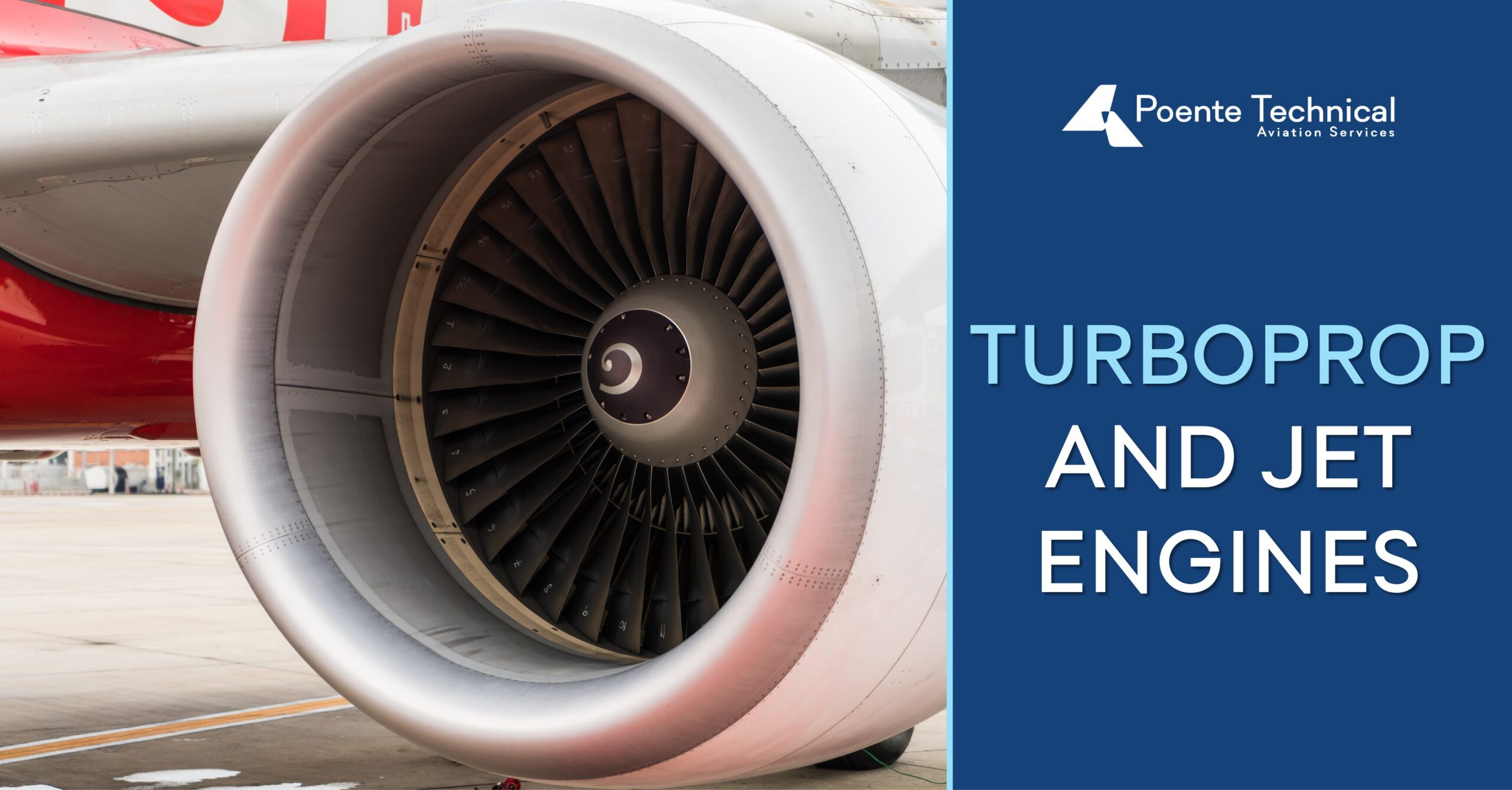 The history of aircraft development abounds with many great stories and events. Flying has attracted people since ancient times, and efforts to master it have been a great obsession for man. With the advancement of science and technology, the possibilities offered to the aviation industry became greater and greater. This advancement has been reflected in the development of aircraft engines. Today there are two basic types of airplane engines used, turboprop and jet engines.

What precisely is the difference between turboprop and jet engines, and which is the better engine choice for aircraft?

The chief difference separating a turboprop and a jet are that a turboprop is a jet engine turning a propeller. Turboprops are a hybrid of jet engines and the more traditional piston engine propeller that you see on smaller, lightweight airplanes. Jet engines, on the other hand, don’t have a traditional prop but rather a fan blade inside the engine casing. The qualities of a turboprop, comparing to a jet, have always been simplicity, short-field performance, less regulation, and greater fuel efficiency. These aircraft are designed to be the most efficient at low altitudes and slower speeds under 450 mph. A turboprop engine has a propeller that is found on the first aircraft. However, the similarities to those piston engines end there.

A modern turboprop engine produces incredible power to weight compared to earlier era engines while staying exceptionally light. A turboprop engine is more lightweight than a jet, giving it better performance during takeoff. Optimum fuel efficiency is achieved when flying at low altitudes (ideally below 25,000 feet).

Another advantage of turboprops over jet engines is their ability to take off and land on shorter and non-concrete runways. So with turboprop aircraft, you can get into some of the most hard-to-reach airports. Another potential advantage is some lower costs associated with turboprop engines. These aircraft have lower charter, insurance, and maintenance expenses thanks to more reliable engines and fewer moving parts.

Of course, this type of aircraft also has its drawback. It is not the most efficient and cost-effective aircraft for long-distance or high-speed charter flights. Another disadvantage of the turboprop aircraft is that they typically can’t climb higher than 30,000 feet.

There are always a lot of variables in the choice to go with a turboprop or jet. We hope we helped you understand why companies see a purpose for each type of aircraft. The bottom line is that turboprop aircraft is ideal for shorter local routes, while the jet engine is for long haul flights with larger aircraft.

Follow our blog for more interesting stories from the world of the aviation industry.