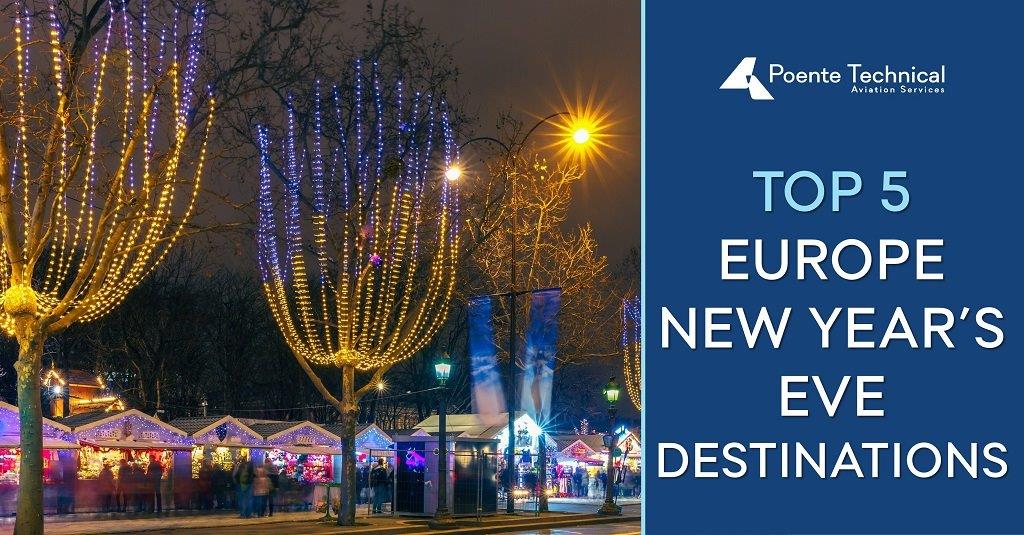 With so many incredible vacation destinations around the globe, where should you go to ring in the New Year? We’ve created a list of our top 5 picks for you to consider for a once-in-a-lifetime vacation!

When it comes to appealing tourist destinations, Berlin ranks first. And if we talk about good parties, Berlin has no equal.

Berlin offers a range of activities, day trips, and excursions that immerse tourists in the city’s complex history. It has so much to discover, and if you are new to the area, you will have a great time there.

This year, the New Year’s Eve celebration at the Brandenburg Gate will take place immediately on Pariser Platz, rather than on the Straße des 17. Juni near the Siegessaule. Under the slogan “Celebrate at the Gate,” guests may anticipate a festive end to the year.

Amsterdam is one of the greatest places to spend New Year’s Eve 2023 since it offers a wide range of parties. To learn about all of them, visit the iamsterdam official website.

So, if you’re thinking of visiting Amsterdam this year, make sure you check out the events and activities that are taking place.

Prague is the top tourist destination in Europe. It is often referred to as the city of one hundred spires. The bridges and embankments allow you to view some of the most spectacular fireworks shows. Charles Bridge and Wenceslas Square are popular locations for such displays.

Prague is an excellent destination for New Year’s vacation seekers.

Pub Crawl hosts the most incredible New Year’s Eve celebration in Prague. This is one of the largest New Year’s Eve festivities in the world. A number of well-known performers perform there.  New Year’s Eve draws millions of people to this location. The area is renowned for its picturesque surroundings.

Prague is regarded as one of the top New Year’s Eve destinations in all of Europe. It is a lovely city that draws a large number of tourists, and you may have the most fun by engaging in a variety of activities with your loved one.

Another great location to celebrate New Year’s Eve is the capital city of Greece, Athens. The long legacy of the cosmopolitan culture of the country’s capital city is celebrated with dance performances, rooftop cocktail parties, bright fireworks, and multi-course feasts that fill the cafés and flow into the streets.

It’s a great atmosphere to welcome the New Year in a city that is the capital of European culture. The Acropolis looms large over the ancient city as a symbol of Western civilization. Athens is a city that celebrates the joys of life on New Year’s Eve. Its neoclassical architecture offers quiet places to relax, and its ancient monuments burst with color.

You are probably familiar with the northern lights of Iceland. Once the sun sets on New Year’s Eve, the northern lights appear in the sky, but the fireworks never cease. People who have been in the dark for 20 hours take advantage of the fact that fireworks are legal at this time of year. If possible, say “Gleilegt nytt ár!” which means Happy New Year!

In recent years, Reykjavik has taken further efforts toward being one of Europe’s most popular New Year’s destinations. Numerous hotels and clubs host spectacular New Year’s Eve parties and activities.