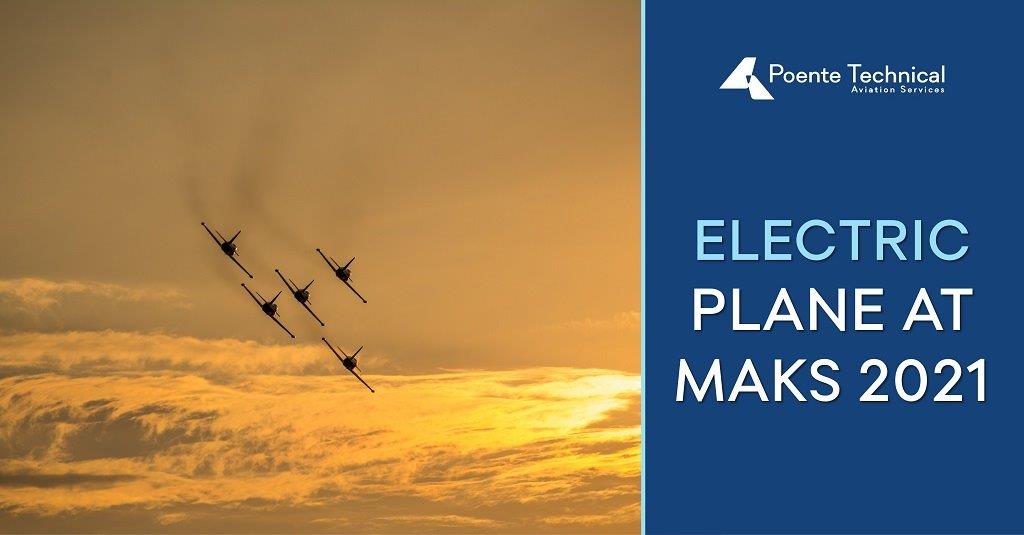 The issue of renewable resources and energy is one of the most important issues of the world economy of the 21st century. Besides, protecting the environment and reducing pollution is crucial for the future of our planet and life on it. Are electric planes one of the answers to these questions? We have already written about how close we are to the first commercial electric planes, and soon a pleasant surprise awaits us at the MAKS 2021 airshow.

MAKS has traditionally been held in the city of Zhukovsky in the Moscow region every two years since 1993. It is an exhibition of the achievements of the Russian aerospace complex and a fair of the latest aircraft of the world’s leading countries. It is held under the patronage of the President of the Russian Federation with his personal participation, as well as with the participation of leaders of partner countries of Russia. The organizers of the MAKS are the Ministry of Industry and Trade of the Russian Federation and Rostekh Group, the organizer is Aviasalon OJSC.

The first aircraft with an electric motor will be demonstrated at the MAKS 2021 International Air and Space Salon, taking place on July 20-25.

“This is what was done with the Fund of Advanced Studies – an electric airplane based on superconductivity principles,”  Deputy Prime Minister Yuri Borisov said.

An innovative electric motor based on high-temperature superconductors with a capacity of 500 kW (679 HP) was created by materials specialist Superox.

Trials of a promising superconductive aircraft electric motor started on February 5. A special flying laboratory has been created based on the Yak-40 aircraft. The Yakovlev Yak-40 is a regional jet and VIP transport manufactured by Yakovlev. Introduced in September 1968 by Aeroflot, the Yak-40 is the first commuter trijet in the world.

For flight tests, one of the three Yak-40 engines, which are located in the tail section, was replaced by a turboshaft gas turbine engine with an electric generator developed by CIAM together with the Ufa Aviation Technical University. The electric motor, which uses high-temperature superconductivity and a cryogenic system, was installed in the trijet’s nose.

According to the CEO of CIAM Mikhail Gordin, this is one of the most important projects in modern aviation. The use of a hybrid power plant based on the high-temperature superconducting platform, or HTSP, is designed to solve several technical issues that air transport is already facing, he said.

It is planned that the new technology will be used to create engines and electric power complexes for all-electric aircraft and helicopters.