Most Powerful Aircraft Engines in The World 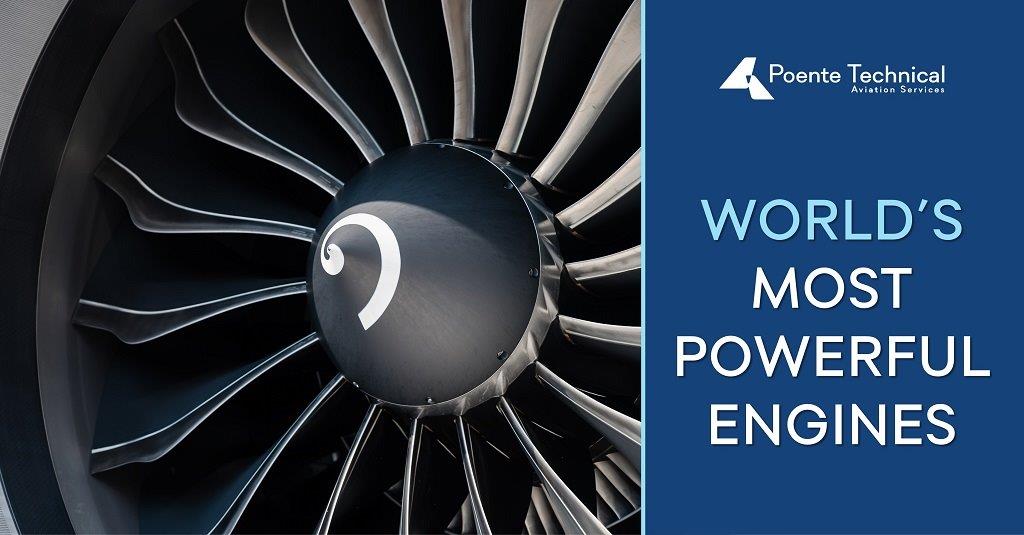 While the fundamental aims of aircraft maintenance are safety and performance, a successful maintenance program also improves the aircraft’s resale value and prevents losses due to downtime. Taking care of the proper work of the engine is one of the most important tasks of technicians.

While creating a new aircraft engine design is at the top of every manufacturer’s priority list. Aircraft with powerful and efficient engines can fly greater distances while using less fuel. That is a crucial factor for airlines. So, what are today’s most powerful airplane engines, and which planes do they power? Here are a few engines we would single out.

The engine made its triumphant debut in 1995, powering British Airways’ brand new Boeing triple 7 aircraft. Increased thrust and lower operating costs are two of the key reasons why the triple 7300 ER is seen as a possible successor to the much-loved 747 400 by the world’s leading airlines. The engine blades are made of composite materials, allowing them to run at much greater temperatures.

GE9X is the current market leader in the engine sector. The engine is used on the forthcoming Boeing 777X and has performed a great number of flights. The engine is based on the GE90 engine, which can be found on earlier 777s.

The GE9X has a maximum thrust of 134,300 lbf (pound-force), which is a 5 percent improvement over the GE90-115B. The utilization of composite carbon-fiber materials has allowed the engine to be 10% more fuel-efficient than its predecessor without requiring a significant size increase.

Trent 900 is a turbofan engine that is part of the trend engine family. It was first introduced in 2004 and now comes in four different versions that are used in a range of aircraft.

It features a low-pressure compressor fan that is 116 inches in width and weighs over 6200 kg. With a maximum thrust of 374 kilonewtons, it is one of the most powerful engines in the world. It’s also the first engine in this generation to include a sophisticated engine health monitoring system.

The Rolls-Royce Trent XWB, which exclusively powers the popular Airbus A350, is next on the list. The XWB-84 and XWB-97 engines, which power the A350-900s and A350-1000, respectively, are the two variations of this engine in service. The engine was originally used on the first A350 in 2015 by Qatar Airways.

The XWB-97 is the more powerful of the two types, with a maximum thrust of 97,000 lbf, as the name implies. The Trent XWB engine is also one of the most fuel-efficient ever constructed, allowing the A350 to launch a new generation of ultra-long-haul flights like Project Sunrise and Singapore Airlines’ New York to Singapore service

Our team assembled by experienced engineers and aviation professionals guarantees the safety of every aircraft. Check out the service that we provide.