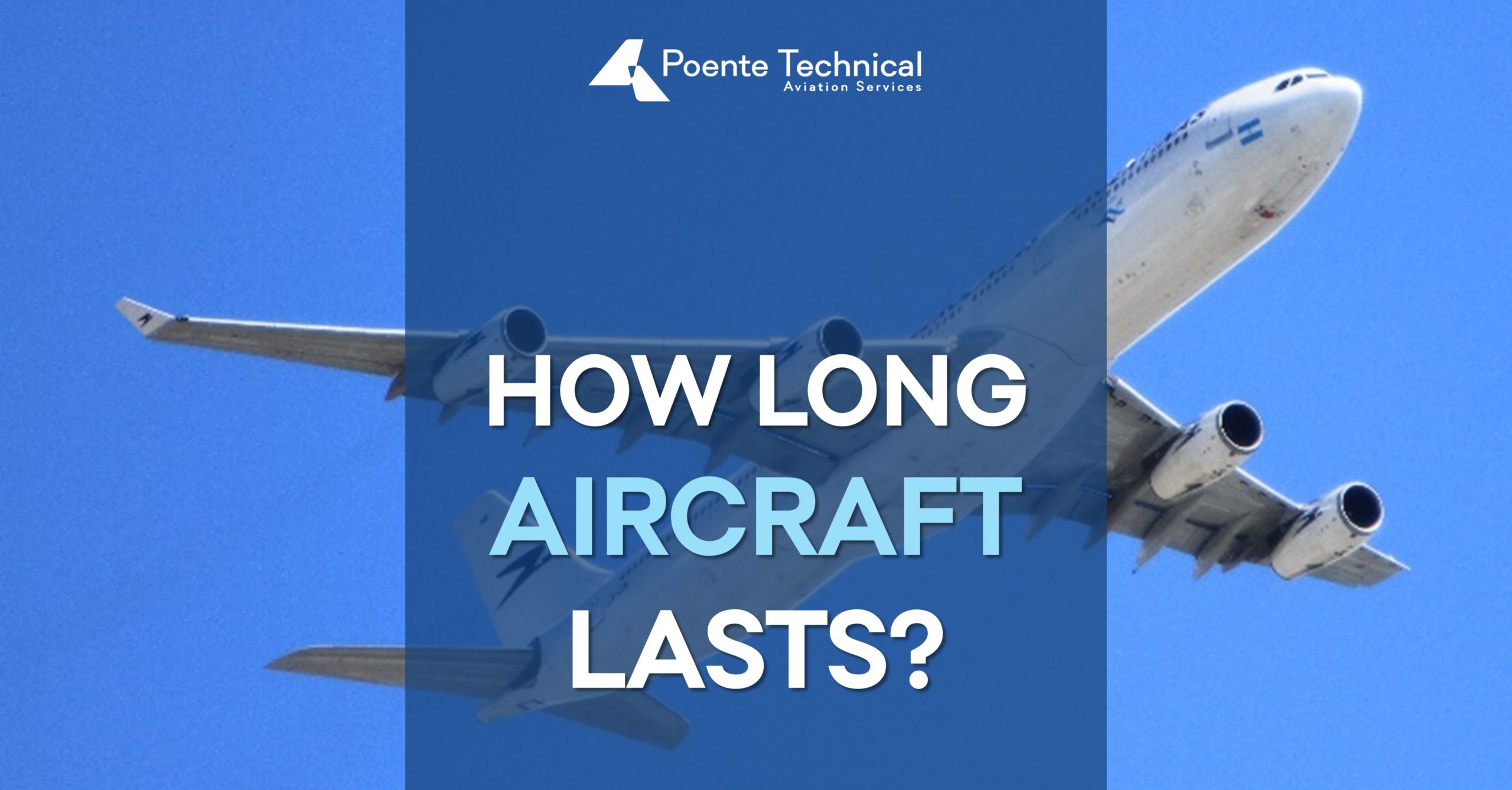 You are certainly aware that airplanes are quite expensive, both for production and maintenance. And have you ever wondered how long an airplane can be in service? You may be aware that there are many old airplanes still flying in today’s skies. Are you knowledgeable about how the airplane lifespan  is delimited? The subject is an interesting one, and the response is not as simple as you may have imagined.

Airplane lifespan is settled by the manufacturer and is ordinarily based on takeoff and landing cycles. Just like a car, the older an airplane becomes the more maintenance it needs. There are many reasons for taking planes out of service. Sometimes the reason can be to make way for newer, more fuel-efficient planes, to save on fuel and maintenance costs. In other cases, a plane may be decommissioned when some of its parts are no longer compliant with standards. It’s an interesting fact that airplanes are taken out of service less for mechanical issues than for economic purposes.

In short, lifespan is this: the number of takeoffs and landings ultimately decides how long an airplane lasts.

The airline industry utilizes a concept known as “pressurization cycles” to keep checks on the active lifespan of aircraft. The term correlates to the period that the aircraft is put under pressure from a flight. The pressure of flight stresses the fuselage and wings. Over time this pressure affects the airplane’s construction which makes flight increasingly more dangerous.

A plane is pressurized each time it takes flight, delivering stress on fuselage and wings. Those that fly short ranges may make many flights a day, whereby experiencing several pressurization cycles, whereas aircraft that travel overseas are stressed at a lower frequency. Short-haul flights often grant shorter lifespans, and long-haul flights typically allow for longer lifespans. That’s because of aircrafts age in terms of pressurization cycles. That also explains why younger aircraft may be decommissioned even as older planes continue to fly.

Airlines practice maintenance programs created by manufacturers to conclude when an aircraft’s components have shifted over-fatigued by pressurization. Airlines then have the choice of displacing those parts with new or second-hand components or decommissioning the aircraft in its entirety.

Each airline has its safety management

Every airline is considering the needs for profitability and public safety. There are no hard and fast “rules” concerning the precise age or number of cycles when a firm would withdraw an airplane. Airplanes are such an expensive venture that airlines are much more inclined to replace declining parts on their existing aircraft than to buy an all-new plane.

The plan to withdraw aircraft from active service differs in commercial air traffic from company to company. It differs by the airline, according to airfleets.net, a website that observes the world’s major airline fleets. However, one thing you can be sure of is the age of the aircraft does not affect safety as much as the maintenance of it.

Airlines are relying on the manufacturer’s maintenance schedules. The manufacturers compose the aircraft to be trouble-free for a specified period. There are maintenance actions to restrain any catastrophic failures, but that’s not to say that the aircraft might not experience metal fatigue, the weakening of metal parts and surfaces due to repeated forces and stress, before those times.

Some planes can fly for decades, but it’s questionable that commercial airline passengers would be prepared to pay top dollar to fly them, particularly with more modern options being accessible. The comforting fact is that every aircraft, over its lifetime, earns enough money to pay off the investment.

The destiny of retired planes

Some of the old planes that are put out of service hope that they may sometimes be returned to flight. Yet most often these planes have their parts dismantled for reuse or resale before being melted down for scrap.

Secondhand aircraft parts are a very profitable investment. They can still serve their purpose for a long time and are significantly cheaper than new parts ordered from the manufacturer. Engines are in the highest demand, then follow secondhand landing gear, cockpit screens, auxiliary power unit, etc. Airlines can acquire spare parts by specific arrangement with airlines, through a third-party reseller. Once a jet has been stripped empty of useful parts, its metal frame is delivered for scrap value.

Poente Techical is specialized in providing professional staff with huge knowledge and experience.Contact us today!