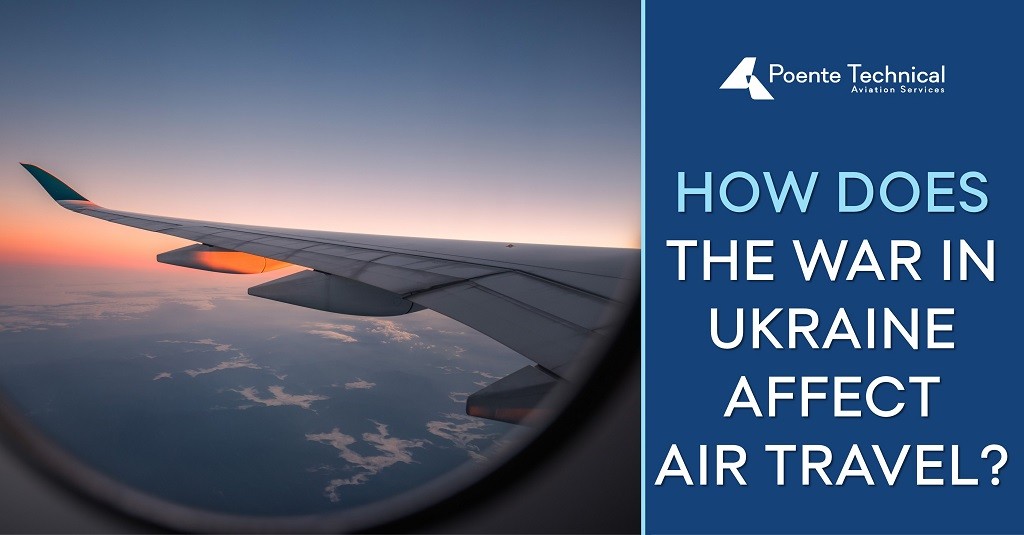 The war in Ukraine has already left a significant mark on the world economy. And with the uncertainty of its duration, we must be prepared for even more substantial damage. The airline industry undoubtedly feels the effects of this event throughout the region and beyond.

For the past two years, the pandemic has changed how the world’s aviation industry works, but now it is ready to get back to flying. As a result of the Ukraine-Russia conflict, there has been more turbulence, which has again caused problems for commercial flights.

First and foremost, the biggest worry is about the truly horrible events that are happening to people in Ukraine. Our thoughts are with the people who are affected by this war.

As of 25 March 2022, 36 countries, including EU countries, the UK, and the US, have closed their airspace to Russian airlines. Russia has in turn banned airlines in most of those countries from entering or flying over Russia. This information alone tells us about the complications that this conflict caused.

If your flight was supposed to go through airspace that is now closed, the airline will reroute it. If a flight has to be changed or rerouted through open airspace, the trip may take longer. Safety is always the top priority in aviation, so the International Air Transport Association (IATA) works with airlines, governments, airports, and non-government sources to plan operations that won’t go into closed airspace. The International Air Transport Association (IATA) and the European Aviation Safety Agency (EASA) always look at all air traffic situations and act quickly and wisely to reduce any safety risks.

Since the Ukraine-Russia conflict has had a big effect on traffic, it makes sense that it would also have a big effect on both short-and long-distance flights. Because Belarus, Russia, and Ukraine closed their airspace, flights from Eastern and Western Europe to Asia have been affected.

Some airlines have had to temporarily cancel routes or cut the number of times they fly them because flight times have grown so much. For example, Finnair stopped flying from Helsinki to Beijing, and SAS had to stop flying from Copenhagen to Tokyo.

As if airlines didn’t already have enough to worry about, the Ukraine-Russian conflict has caused global aviation fuel prices to rise to near 14-year highs as importers rushed to find alternatives to Russian crudes. The oil price has spiked to near $130/barrel. And it has been volatile in the $95–$110 range for a month. As fuel is an airline’s largest variable cost, absorbing such a massive price hike just as the industry is struggling to emerge from the two-year COVID-19 crisis is a huge challenge. Costs went up a lot for airlines, and those costs will have to be passed on to customers in the form of higher fares.

Who is most affected?

Eurocontrol data shows that, other than Russia and Ukraine, the destinations most affected so far are the Republic of Moldova, where flights have dropped by 69% since February 24 (compared to 2019 levels), Slovenia (42%), Latvia (38%), and Finland (36%). Forward keys data shows that bookings for flights leaving Russia also dropped between the end of February and the beginning of March, but have since risen again.

Even though there was a war, European air traffic grew steadily from the middle of March to the beginning of May. Flight bookings also show that more people want to fly within Europe and from the US to Europe.

The airline industry is being tested once again, much sooner than anyone would have liked, on how well it can deal with things outside of its control.