eVTOL is a game changer 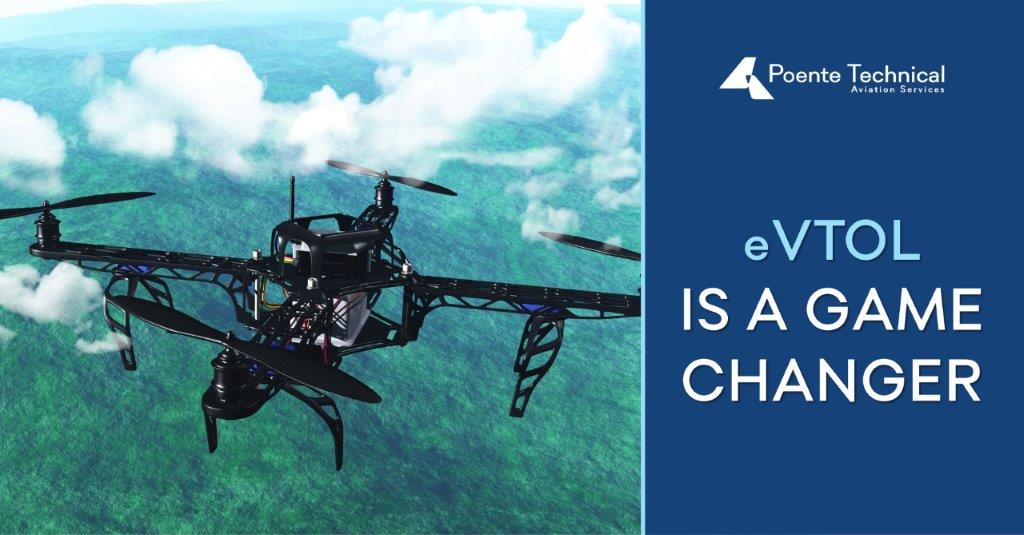 The development of technology is changing the world as we know it on an almost daily level. This progress provides an almost unimaginable opportunity to improve the quality of life in many aspects. Of course, the world of aviation is not exempt from this. What if we tell you that the development of technology and of electric planes can reduce the cost of flying many times? Many airlines are investing heavily in the development of new types of aircraft. In new types that can be the future of air traffic, and can potentially bring great revenues to these companies. One of these developing concepts is eVTOL (electric vertical takeoff and landing). Among others, companies such as Boeing, Airbus, and Bell are involved in developing this technology.

eVTOL is an electric vertical takeoff and landing aircraft that uses electric power to hover, take off, and land vertically. This concept began to develop thanks to great advances in electric propulsion. The need for efficient transportation, especially on shorter distances, has also had an impact. Short to medium flights are where we’re expected to see the most shift with electric aircraft.

eVTOL aircraft are called flying cars by some, but it would be more accurate to call them electric helicopters. The compact flying machines are a brand-new technology that is usually smaller than helicopters, powered entirely on battery power, and proposed to be flown autonomously with no pilot. One of the goals is to fly over highway traffic without onboard pilots. The reality of eVTOLs flying paying customers, according to companies like Joby Aviation and Volocopter, will arrive as soon as 2024.

Several startups are making great efforts to develop eVTOL. Currently, perhaps the closest to the target are the engineers from Joby Aviation. They are agreeing to G1 certification conditions with the Federal Aviation Administration (FAA) and will be certified using Part 23 requirements with specific conditions to consider for the unique characteristics of the aircraft. Given that security comes first, security measures in Europe are even more rigorous.

Besides Joby Aviation, Boeing is collaborating with Wisk on an autonomous two-passenger eVTOL powered by 12 independent lift fans and one cruise prop. The strategic partnership will bring together the innovation of Kitty Hawk’s Cora division with Boeing’s scale and aerospace expertise.

United Airlines decided to invest large sums in eVTOLs orders. They decided to support Archer, a start-up developing eVTOL aircraft, with a $1 billion order for 200 VTOL aircraft. The 12-rotor aircraft is called Maker. However, what may be a drawback of the new aircraft is that current battery-supplied energy only allows flying to shorter destinations.

The concept of the new aircraft is based on the idea of facilitating intercity traffic by making it accessible to a wider number of people. Unlike, say, transportation by helicopter, which is mainly intended for the richer class. VTOL aircraft have the potential to be safer, quieter, and much cheaper than a helicopter. Archer says that its aircraft will produce “minimal noise,” and that the cost will be comparable to an Uber ride.

An exciting period awaits us as we follow the development of new aircraft and become contemporaries of the future. Follow our blog for the most interesting news from the world of aviation.