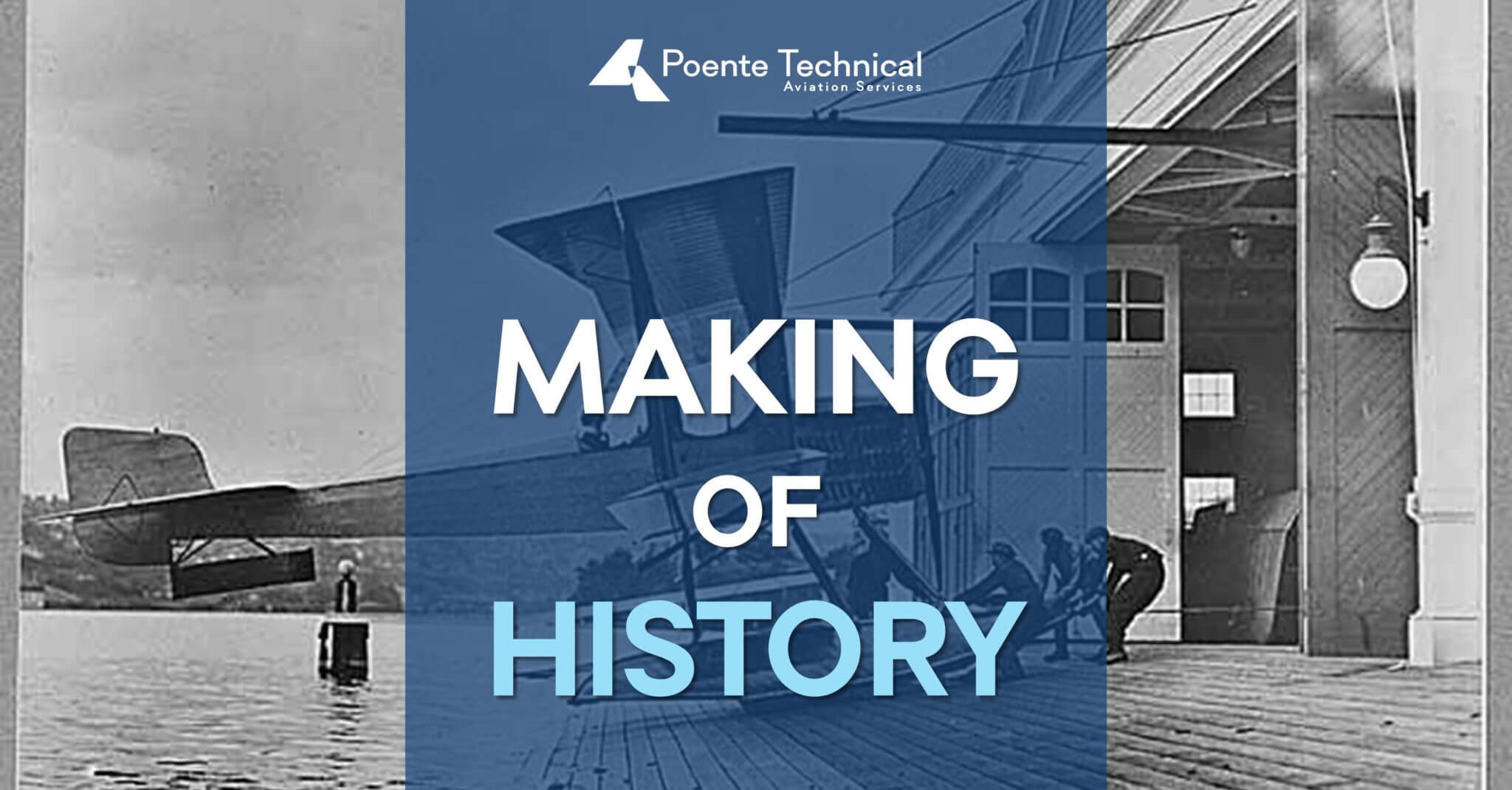 When the war in Europe was ceasing and military production decrease, production of civilian aircraft was possible again. A large number of new airplanes and airfields equipped with the latest technology were developed during warfare.

William Boeing was a visionary businessman and pioneer in the field of aircraft manufacturing. Guided by his steady hand, a small airplane manufacturing company was able to grow into a massive corporation. After leaving Yale’s Sheffield Scientific School before graduating he moved to Gray’s Harbor, Washington. Boeing successfully built his own timber company and made a wealth selling forest land. This allowed him to search for new adventures and ready to expand his business, so he moved to Seattle.

In 1909 he saw for the first time a manned aircraft fly. His love and fascination for airplanes were born. Nevertheless, it was a long time before his first flight. Finally, on July 4th, 1914, Boeing’s wait was ended when a fellow proposed him a flight in his hydroplane. Ride was disappointing for Boeing. The plane was very uncomfortable, noisy, and unbalanced. After talking with his friend Conrad Westervelt, the two men concluded that they could create a better plane. In order to create a plane, someone had to learn to fly. Boeing nimbly mastered the basics of flight and quickly after he bought a plane and traveled back to Seattle.

They copied the designs of European planes used in World War I. On June 15th, 1916, they performed a test flight of the inaugural Boeing plane, a seaplane/biplane formally called the B&W Model 1 (the initials related to Boeing and Westervelt), but affectionately regarded to as Bluebill. This event marks the beginning of one of the largest aviation companies in the world. After one month from the successfully creating a plane, one of the most famous airline companies was founded on July 15th, 1916. Firstly, the company was named Pacific Aero Products Co, but next year was renamed in honor of the founder, Boeing. It was the beginning of an exciting story that has been going on for over a hundred years.

In the words of Boeing himself: „My firm conviction from the start has been that science and hard work can lick what appear to be insurmountable difficulties. I’ve tried to make the men around me feel, as I do, that we are embarked as pioneers upon a new science and industry in which our problems are so new and unusual that it behooves no one to dismiss any novel idea with the statement that it can’t be done “.

When the United States became included in World War I Boeing and his partners envisioned government interest in their company. The company was required to tutor flight instructors for the army. After World War 1 came to an end, Boeing’s government contracts were withdrawn, and the aviation industry as a whole came to a near-standstill. The reason for this was the many military aircraft that were now on the market at very low prices. Aircraft manufacturers, including Boeing, were incapable to sell new aircraft. In order to endure Boeing was forced to change and start selling furniture and other stuff unrelated with aviation.

William found a new route for his company. Airmail was in its origin, and former Army pilot Eddie Hubbard proposed William with the idea of causing an international airmail route between Seattle and British Columbia. The government granted to a trial period, and on March 3rd, 1919, Boeing made their first international airmail shipment, becoming the first venture into the Boeing commercial business. Before joining the Boeing Airplane Company, Edward “Eddie” Hubbard had already established his prowess as a pilot. He joined the Boeing Airplane Company as a mechanic, and very soon he became their test pilot. William Boeing, founder of the Boeing company, and pilot Eddie Hubbard made the first international airmail delivery flight aboard a Boeing C-700 seaplane. The flight took off from Vancouver to deliver 60 letters to Seattle.

At the end of the trial contract, William decided to withdraw from the job but persuaded Hubbard to accept the new contract. Later, Hubbard tried to convince Boeing to apply for the Chicago to San Francisco contract. Boeing and Hubbard founded a new airline named the Boeing Air Transport Company. They proposed a bid and were granted the contract.

To satisfy the demands of their new contract Boeing and his engineers originated a notably versatile and successful airplane called the Model 40. He posted a warrant of 500,000$ for the contract to be signed. The agreement demanded William own 26 airplanes in service by July 1st, 1927. For this venture, he established a new business, an airline company named Boeing Air Transport. In 1929, William obtained Pacific Air Transport and merged it with Boeing Airplane Company and Boeing Air Transport. The resulting company was named United Aircraft and Transport Corporation. United Aircraft grew the most prosperous aviation conglomerate of the era.

In 1933, the U.S. Congress began investigating the airline industry, accusing William Boeing of developing a monopoly. Some small airlines alleged that they had unjustly lost contracts over the years. All charges were dropped, but the consequence was splitting United Aircraft into the different entities: United Aircraft Corporation, Boeing Airplane Company and United Airlines. After his company was split Boeing resigned as the chairman and sold his stock. Shortly after this, on June 20th, 1934, he was awarded the Daniel Guggenheim Medal for aeronautical achievement.

In our next blog post, read about the further development of Boeing.

Most Powerful Aircraft Engines in The World
March 29, 2022
Recent Jobs
Go to Top