Winter Vacations to Take This Season 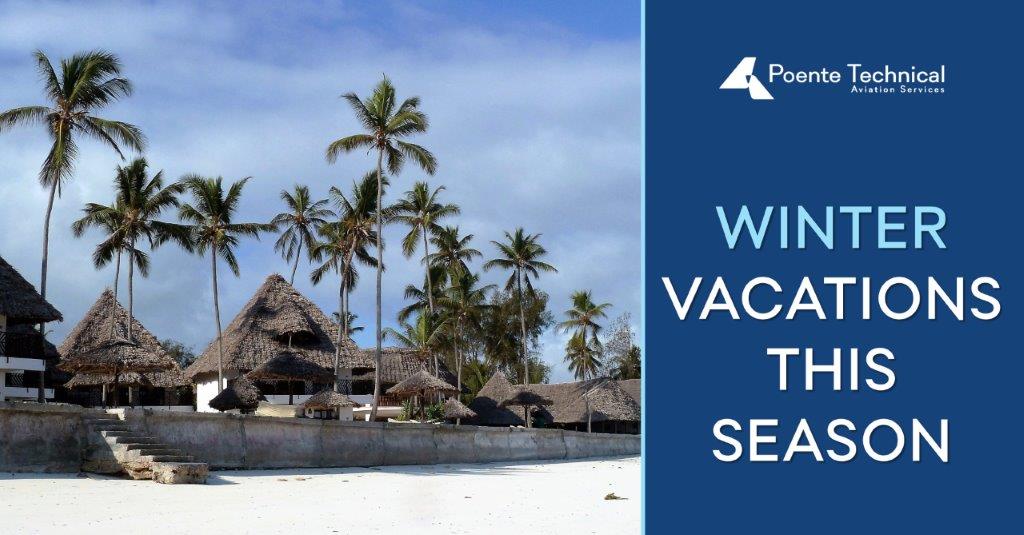 We continue our exciting journey to exotic destinations and bring you suggestions on vacations to take this season. We have tried to present to you lesser-known destinations that we think you should not miss visiting.

We take you again to a geographical area near Cuba. We are presenting you Turks and Caicos Islands. These gorgeous islands hiding at the southern tip of the Bahamian Archipelago, escape most travelers’ radars. It’s a group of more than 40 islands and cays. The Turks and Caicos Islands are named after the Turk’s cap cactus (Melocactus intortus), and the Lucayan term caya hico, meaning ‘string of islands’.  The Turks & Caicos Islands became a British possession in 1766 and were administered as part of the Bahamas. After the period in which the islands were annexed to Jamaica were returned to the administration of the British Crown in 1962.

The weather is ordinarily sunny and relatively dry. It is generally regarded that the islands receive 350 days of sun each year. Each island and cay in the archipelago is a destination on to its own. Turks and Caicos are regarded as some of the world’s most magnificent coral reefs and beaches and has grown itself into a true luxury-tourism destination.

Although this location has all the conditions for luxury accommodation of the highest quality, the islands still have to offer an unforgettable time for those who prefer to explore the local culture or a slightly more relaxed vacation. You’ll find local festivals, jungle-wrapped ruins, perfect seaside bars, and even traces of Europe’s first discovery of the New World.

Being surrounded by ocean, the main focus of Turks and Caicos Islands food culture is seafood. But you’ll be able to choose from almost every cuisine on earth. Of course, with the growing popularity as a tourist destination, today the islands offer the most diverse selection of world cuisines. However, we recommend local delicacies such as mahi mahi, tuna, rock lobster and the ever-present conch.

A destination unmistakably worth your attention. A great refuge during the winter.

The islands of the Zanzibar archipelago have been a hub for spice merchants, brave explorers and big game hunters. Zanzibar is a semi-autonomous part of Tanzania, composed of numerous small islands and two large ones (Unguja, the main island, and Pemba) in the Indian Ocean, just off the east coast of Africa. Most Zanzibaris hold themselves Zanzibari preferably than Tanzanian, and their region has its leader and governing bodies.

If you are looking for a place that exudes the sounds of untouched nature that echoes the sounds of some ancient times then Zanzibar is the right place for you. The climate is tropical, hot all year round, with two rainy seasons: one more intense, known as the “long rains” season, from March to May, with the peak in April, and the other less intense, known as the “short rains” season, between mid-October and December. It’s worthwhile traveling at most times of the year, with warm temperatures between 28°C and 34°C.

Zanzibar is popular, but aside from the occupied coastal resorts, you can still find quiet bays and traditional villages to fulfill your shipwreck fantasies. what you should not miss is while you are here is Stone Town. It is a World Heritage Site, home to numerous historical and cultural sites. Transit to Zanzibar happens by plane or boat, most likely departing from Dar Es Salaam. Riding extremely fast boats is an extraordinary experience by itself.

Zanzibari culture is strongly braided with spices and nowhere is it more obvious than in the dishes that make up the food of Zanzibar. Zanzibar is certainly a place of culinary magic. Zanzibar pizza, Biryani, Sorpotel, Urojo are some of the dishes that you absolutely must try.

The name Cartagena de Indias comes from the colonial era when the Spaniards conquered these areas. The city was named after the eponymous city of Spain. It is a major port on the northern coast of Colombia in the Caribbean Coast Region. The city was founded in 1533 and due to its excellent strategic position was a major point in trade between Spain and its colonies. It is this rich history that gives this city uniqueness and the opportunity to bring together the charm of colonial architecture, the excitement of vivid nightlife, fascinating cultural festivals, and lush landscapes, to bring you the perfect vacation experience.

Framed by its stunning bay, Cartagena de Indias is one of the most beautiful, well-preserved cities in the Americas; a treasure that is currently one of the most heavily frequented tourist destinations in Colombia. During your stay, you should take advantage of the opportunity to learn about Cartagena’s architectural and cultural heritage. There are many ancient churches and popular monuments that you can tour while there.

Of course, Cartagena would not be on this list if it were not for the beautiful nearby beaches. White sand beaches are ideal for enjoying a cocktail or local dish, sunbathing, relaxing, or participating in water sports. The Rosario Islands is one place you can’t miss to visit in Cartagena. The islands boast crystal clear water and year-round pleasant temperatures for swimming. While you can visit the beaches in the city, they don’t compare to the Islands, and spending a day there is really worth it.

About Cartagena, its rich tradition and culture, beautiful architecture, and rich history could be talked about for hours. Cartagena has a tropical wet and dry climate. The best time to visit Cartagena is December to April.

Colombian food is wildly varied depending on region, and all of it is delicious. And in Cartagena, you can find some of the most delicious. Not surprisingly, there’s a fair amount of seafood on the list.

Sometimes, after all, a picture speaks much more than words. If you decide to visit Cartagena believe us you will not regret it.

If you didn’t know where you could travel this winter, we hope we helped you choose. You can read more about the best destinations during the winter here.