Which airline has the biggest fleet in the world? 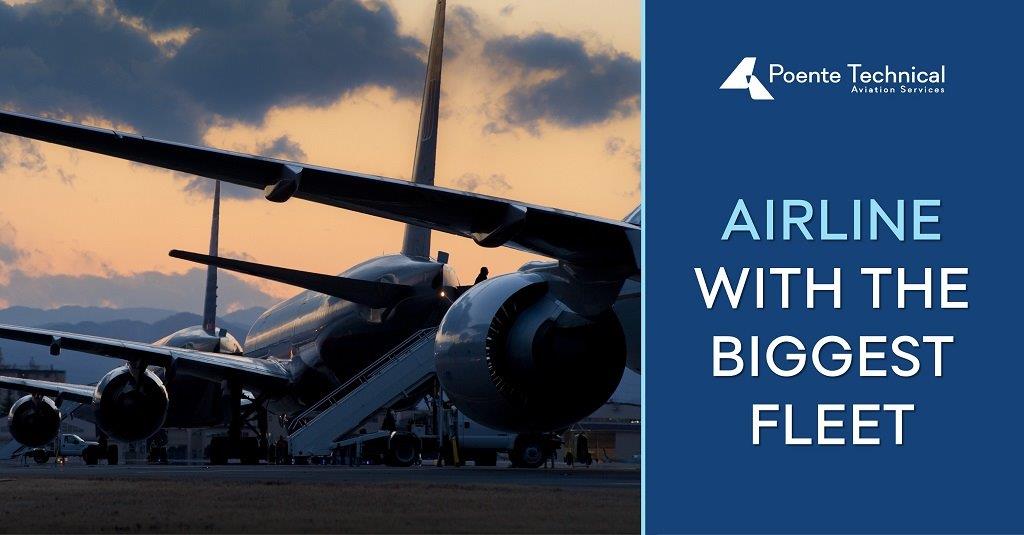 When measuring the fleet size there are multiple things that need to be considered. Some factors that are taken into consideration are the number of passengers carried, fleet size, asset value, profit generated, and so on. But the actual fleet size is measured only in the number of planes or aircraft housed by the airline.

American Airlines has a fleet of 913 aircraft which makes it the biggest fleet in the world. This number doesn’t include all the aircraft in the fleet of their regional airlines/subsidiaries.

American Airlines has the biggest fleet in the world

The A321T is the pride of the company

American Airlines’ most unique aircraft is the A321T. This Airbus is a premium cabin-heavy configuration. It has 10 first-class seats, 20 business class seats, 36 main cabin extra seats, and 36 standard main cabin seats, which makes a total of 102 seats only compared to A321-200 which can accommodate 200 passengers. With just 10 seats in a 1-1 configuration, the first-class cabin found on the A321T feels very private. Each seat has access to the aisle and is fully lie-flat. This aircraft is one of the most comfortable premium products in the sky.

American Airlines’ A321T features 20 business class seats in a 2-2 configuration. These seats are fully lie-flat and offer added space compared to traditional narrowbody business class seating. Passengers traveling in the first and business-class cabins also have access to premium facilities on the ground.

But that is not the only category in which they are the first in the world. American Airlines is undoubtedly a world giant, so it is not surprising that it is the world’s largest airline in 5 different categories. Besides fleet size, they are number one in revenue, number of locations served, scheduled passenger-kilometers flown, and scheduled passengers