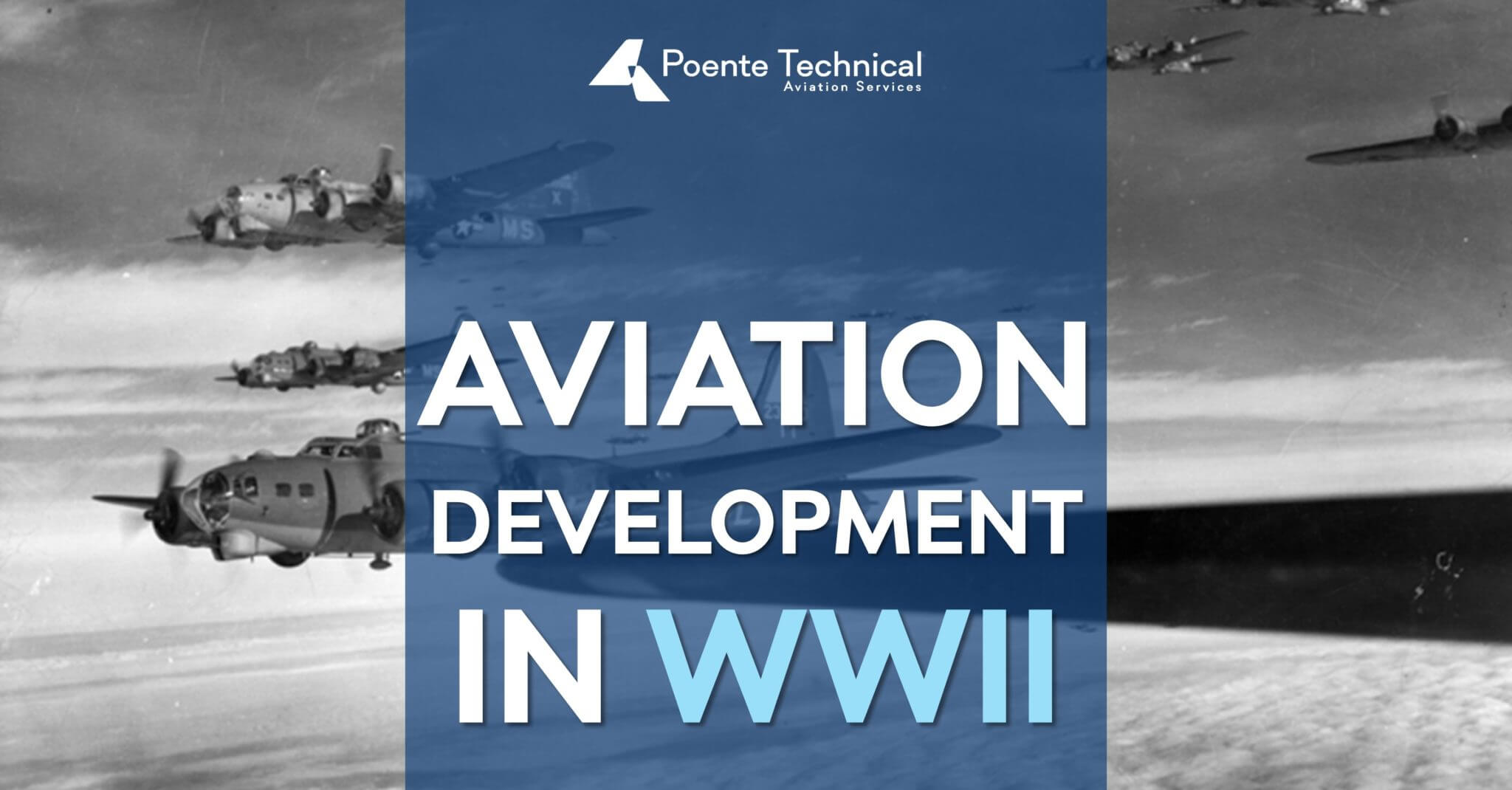 World War II brought to us a period in which aviation established itself as a crucial part of warfare. In the 20th century, no more exceptional advancement was realized than in aviation. During World War II airplanes were probably the most powerful weapons system. For this reason, great resources and efforts were invested in the development of the aircraft.

The investments have led to the improvement of technology and the production of better and faster aircraft. Technological leaps in aircraft design were great. These new aircraft achieved very high speeds using the jet engine, a new type of engine that had no propellers. But the main combats were still fought by propeller-driven aircraft.

During the war, Germany, England, and America continued working on jet engines and the aircraft they would power. Germans intended to produce a jet-powered bomber but eventually had to reconcile for a fighter. The Messerschmitt Me-26 was generally untouchable by allied propeller aircraft because of its speed. Me-26 was the first practical jet fighter, although its excessive fuel burning and restrained targeting ability because of the high speed were its biggest flaws.

Beside German Luftwaffe’s Messerschmitt Me-26, famous fighter planes during World War II were British Spitfire, the Japanese Zero, and the U.S. P51 Mustang. The game was in producing aircraft operating on higher speeds and altitudes, longer range, more maneuverability. All those aspects that made it possible for airlines to evolve after the war.

Undoubtedly one of the biggest contributions was the design of radar. We could not imagine contemporary flying without using radar. Robert Watson-Watt had previously been tinkering with radar waves for years. He didn’t invent them – radar waves had been previously defined – he believed he could develop the machine able to detect an aircraft in flight before it was visible, giving the object’s location and altitude. He called it RADAR (Radio Detection and Ranging) as it used radio waves.

Both sides originate airborne radar, useful for combating airplane at night. Instrument Landing System (ILS) for landing in bad weather was put in service in 1944 in Britain. The development of a navigation radar system was certainly of great importance for both, military aviation and even more so, for the development of civil aviation after the war.

The Luftwaffe, the German Airforce, had more than 2,500 aircraft in the sky and the Allies only 1,900. Bombers were other aspects of air fight supremacy. The use of bombers was an important part of the warfare strategy. Consequently, the development of the bomber was on par with that of fighter jets.

All air forces had a policy of bombing military targets alone. That changed, however, once the German Luftwaffe started conducting air attacks on British cities, including London, during the summer of 1940. As a result, strategic bombing became a fundamental part of military combat. The objective of strategic bombing was not only to weaken industrial production but additionally to demoralize the population.

A significant type of bomber to appear in the interwar period was the dive bomber, outlined to release its bombs at a low point of a sheer dive. Accuracy was sustained by the use of air brakes, which were wings that could be stretched outward to decrease the dive by enhancing the aircraft’s drag.

The Second World War had brought to use some major technological advancements. After this tragic event in human history, the recovery period begins, and as far as the airline industry is concerned, a big boom. Thanks to the technologies that were developed, a rapid improvement was possible.