The End for Jumbo Jets 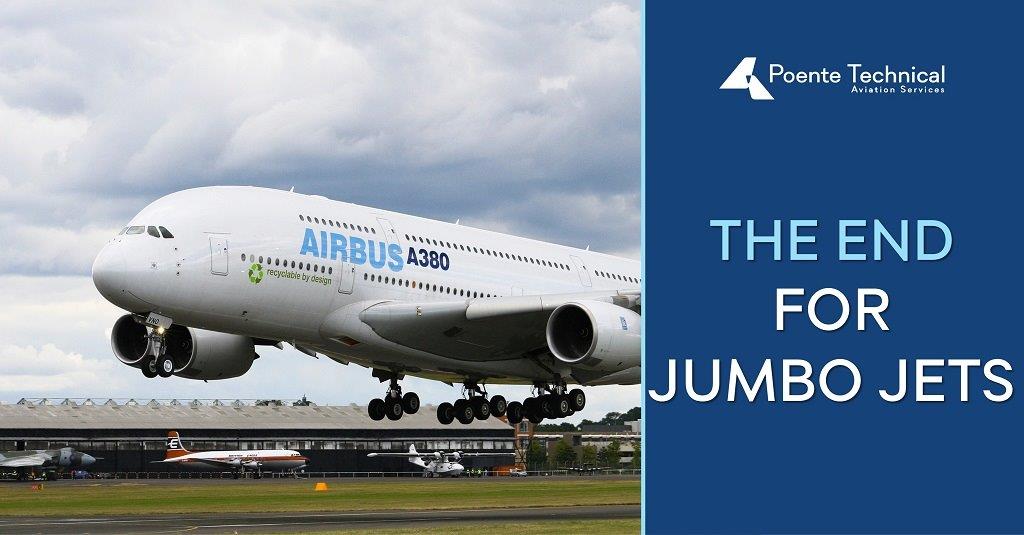 Is the end of the flight as we know it waiting for us? The previous decades of air traffic were marked, among other things, by jumbo jet planes. But events in the previous year heralded the end of the jumbo era.

The “jumbo” jet age transformed the aviation industry, allowing it to expand beyond what was previously considered conceivable. Jumbo jet massive size revolutionized the way manufacturers handled aircraft engineering and aerodynamic design, allowing airlines to be more creative with in-cabin refurbishment to compete in an increasingly competitive world. Passengers were amazed not only by the sight of massive metal pieces flying on four engines but also by the experience of arriving in larger airports and the potential to fly around the world in less time and for less money.

The Downfall of Jumbo Jets

The pandemic hastened the downfall of the 747 and A380, which was already looking certain. There’s no question that demand for air travel will be insufficient for several years, which is bad news for huge planes that rely on high demand to fill seats.

In 1970, the first 747 was delivered to Pan Am. In recent years, it has grown less and less common as more contemporary wide-body planes have supplanted numerous 747s. That is mostly due to their superior economics: having only two engines and more modern technical features equals cheaper operating costs. Not to mention the fact that there aren’t many routes where these massive planes can be filled and still make a profit. However, the 747 program was still officially alive (barely) and being constructed at the world’s largest building.

Boeing has announced that the production of the iconic 747 will come to an end in 2022 as dwindling customer demand and low sales for its latest variant became the final nail in the coffin for the aging plane line. British Airways has declared that it would no longer operate its 31 Boeing 747-400s. Other carriers still have more than 500 747s in service, however many are temporarily grounded due to the coronavirus outbreak.

Airbus, Boeing’s arch competitor, planned to develop an even larger plane: one with two decks running the length of the fuselage. Obviously, this was the first time it had been done. That’s how the A380 was created not so long ago, in 2007.

In February, Airbus announced that it will stop producing the A380 superjumbo in 2021, once the last dozen or so jets on order are delivered. “The A380 is not only an outstanding engineering and industrial achievement. Passengers all over the world love to fly on this great aircraft. Hence today’s announcement is painful for us’’, Airbus said when announcing the end of production. The Airbus A380s will continue to fly for many years to come given that many models of this aircraft are in use in many airlines.

With little to no passenger demand, the big planes proved to be too expensive to run, and it didn’t help that airline were continuously losing money. These “giant” planes went from being money-makers to money-losers, and they were either grounded for a long period or retired early.

Is there any hope after all?

The age of the “massive” planes had no option but to come to an end as a result of this ironic shift of focus for the aviation business, along with the unforeseeable conditions brought on by the epidemic. This raises the issue of whether the notion of “jumbo” planes is on the verge of extinction, or if it may be revived in the future.

Although the long-awaited Boeing 777X, called the “Mini-Jumbo” by many, will be released soon, the 777x will lack the famous dual-leveled cabins and quad-engines of its predecessors. Perhaps it’s a sign that, while dual-leveled cabins are unlikely to return very soon, the next generation of “giant” planes will be more along these lines.

The jumbo jet era is over. Or, to put it another way, the age of jumbo jet manufacturing is ended. If you plan ahead, you’ll still have plenty of time to take a journey on the Boeing 747 or the Airbus A380 double-decker jets. Whatever the future holds, we are sure that these flying “monsters” will be in our hearts forever.