What Are Flight Control Surfaces? 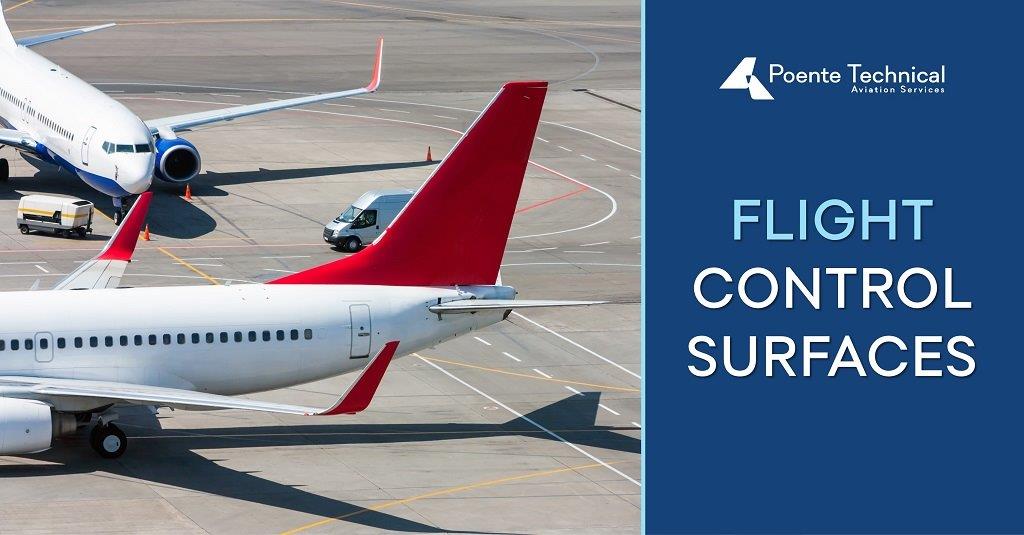 All airplanes have essential flight control surfaces. Airflow over and beneath particular areas is what causes lift in an airplane. Some of these areas are fixed, while others can be altered. Flight control surfaces are these adjustable areas. Through alterations made in the cockpit, they enable pilots to adjust an airplane’s speed or trajectory.

These airplane components employ the air pressure around them to perform any desired actions by the pilot by forcing differences in air pressure. Flight is made possible by the aircraft’s ability to manipulate these elements. Aeronautical engineers study these ideas for a significant length of time and the safest, most effective ways to maximize them.

The ailerons tilt the plane by moving it along its longitudinal axis. The term “ailerons” comes from the French for “little wings.” They move in opposition to one another to shift the aircraft’s position and are attached to the outer edge of the wings.

The aileron located on the right wing deflects upward when the flight deck control wheel or control stick is moved to the right, while the aileron mounted on the left-wing deflects downward at the same time. Right-wing lift is reduced as a result of the right aileron’s upward deflection since it lessens the wing’s camber. On the other hand, the upward deflection of the left aileron increases camber, which in turn increases lift on the left-wing. The airplane rolls to the right as a result of the difference in lift between the wings.

The primary flight control surface for movement about an aircraft’s lateral axis is the elevator. ” Pitch” is the term used to describe this movement. The majority of aircraft have two elevators, one of which is positioned on the trailing edge of each half. The elevators move up or down in response to manual or automatic control inputs.

Elevators typically move symmetrically in most installations, however, in some fly-by-wire controlled aircraft, they can move differentially when needed to fulfill control input demands.

The rudder produces the yaw, or horizontal axis motion, of the airplane. It lies on the tail fin or vertical stabilizer. Contrary to what its name might imply, it does not actually steer the airplane. Instead, it is employed to correct adverse yaw caused by turning the aircraft or, in the case of quad jets, to correct an engine failure.

The flight deck rudder pedals, which are mechanically connected to the rudder, are used in the majority of aircraft to control the rudder. Pushing a rudder pedal causes the corresponding rudder to deflect in the same direction, therefore if you push the left rudder pedal, the rudder will deflect to the left. The aircraft’s nose then moves to the left as a result of the rotation about the vertical axis. Hydraulic actuators are frequently employed in large or fast high-speed aircraft to help the rudder surface endure mechanical and aerodynamic loads.