What is a revolutionary idea behind fello’fly concept? 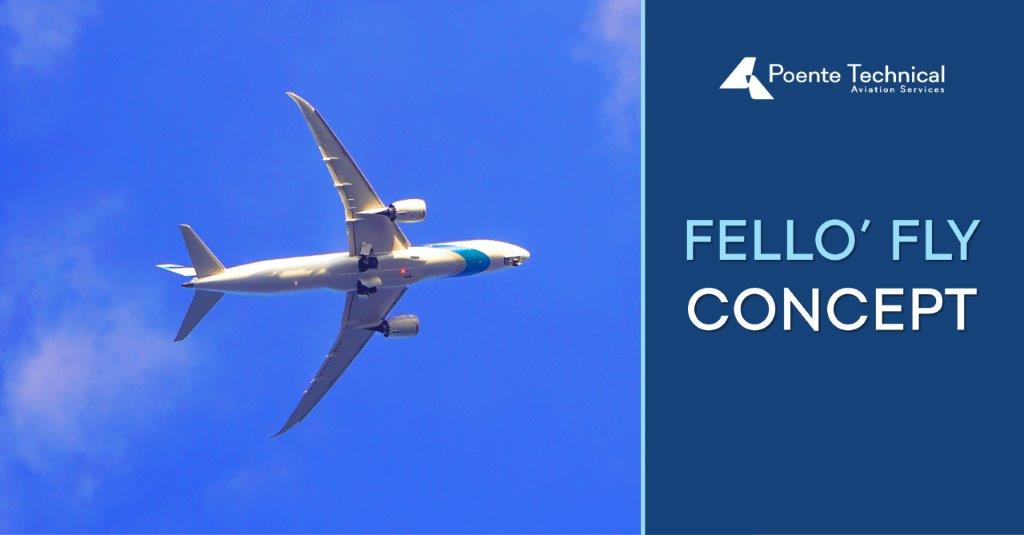 There’s a well-known idea which is being newly reviewed in the commercial aviation world: formation flying. The concept utilizes a formation idea inspirited by birds. Fello’fly concept, as it is properly named, began to develop under the auspices of Airbus. Airbus has therefore signed agreements with two airline customers and three air navigation service providers (ANSPs) to tackle these challenges head-on.

As for many ingenious inventions in history, the idea for this concept arose from an observation of nature. More precisely migrating geese, who commute north to south and back in large V shapes to obtain on the updraft generated by the birds in front. Surfing the air upwash of a leader bird, known as ’vortex surfing’ will allow the trailing aircraft to take advantage of the vortices of rotating air left behind by the leading plane’s wingtips.

Wingtip vortex is something airplanes produce when they push through the air at high speeds. Another name for this phenomenon is wake turbulence, even though it’s not real turbulence at all. Whilst wake turbulence is commonly considered as a threat for commercial airplanes, this concept aims at taking benefit from the energy contained in trailing vortices, without compromising safety which is paramount.

It enables an aircraft to gain energy ‘lost’ by the craft in front of it by taking ‘free lift’ on the updraught created around the leading plane’s wake. Fello’fly concept implies planes line up over a mile apart, which is however close sufficient to profit from the wingtip vortices generated on both sides of the lead plane.

Fello’fly is conceptualized as two large passenger aircraft flying close together. There would be around two to five miles parting each aircraft in the formation. The leading aircraft will arrogate duty for communicating with aircraft traffic control. Tests including two of Airbus’ A350 aircraft will begin this year. Formation flying is considered as a way to reduce aviation’s environmental footprint. A move that could cut aviation CO2 emissions by 3–4 million tons per year.

Of course, safety comes first. There’s a lot of checks that require to be done to guarantee standardization, viability, and crucially safety. Airbus last week announced a partnership with two airlines — French Bee and Scandinavian Airlines — along with the UK, French and European air navigation service providers to demonstrate the feasibility of the fello’fly concept.

The justification of the fello’fly concept has yet to be confirmed by the necessary tests and checks. How many benefits there will be, but also what the potential disadvantages are, time and testing will tell.

Poente Technical is here to support you to reach your goals and to respond quickly to your maintenance demands. Send us a quote!