Can Planes Fly in Storm? 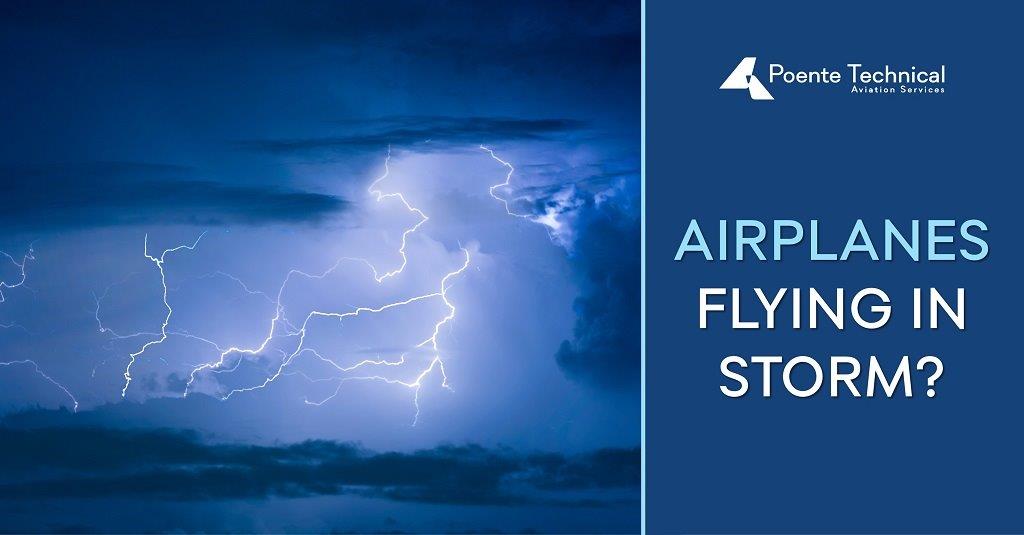 Storm Eunice, which recently hit the UK, caused big problems and huge damage. What attracted a lot of attention was the landing of the planes in rather difficult conditions. That leads to the question of how safe it is to fly in storm.

Dealing with bad weather is part of the job for pilots, although flying through a storm may be dangerous to some extent. Despite the fact that planes are designed to endure heavy rain and severe winds, and pilots are trained to maneuver through them, flying through a storm can be hazardous. That is because planes take off and land into a headwind [wind blowing straight towards the plane], and the direction of the wind gives a greater lift to the plane, allowing it to rise and take off faster.

Take-off and landing are the biggest risks

Flying through clouds, especially when it’s raining cats and dogs, can be quite an unpleasant experience – but your plane is built to withstand a major downpour. You should know that the greatest difficulties in flying in a storm are taking off and landing. In reality, the riskiest component of flying in bad weather is attempting to take off or land, which poses the same risks as flying in rain, snow, or other less spectacular weather. A thunderstorm is more likely to delay your take-off or landing than it is to induce turbulence at cruising altitude or cause the aircraft difficulty during its climb or descent.

What about lightning strikes?

We are sure that the most frequently asked question when it comes to flying in a storm is the danger of lightning. We have written more about this topic here. Don’t worry, lightning has likely struck every plane you’ve ever flown at least once throughout its lifetime, however lightning won’t bring a modern airplane down.

Unlike strong winds, lightning does not pose a threat to pilots since planes have built-in lightning protection and can fly through thunderstorms unharmed. A typical commercial plane is built to withstand lightning strikes, and it’s wired in such a manner that lightning generally strikes the plane’s sharp edge, such as the wingtip or nose. The electric current then passes through the plane’s external structure and out the tail, allowing it to fly through the flash of lightning.

The answer to the question can plane fly in storm is almost always yes, and when it’s not, pilots (and the people who help them fly) won’t even try. All except the most severe weather, including lightning, is absolutely safe to contemporary airplanes. So, sit back, relax, and enjoy your flight—even if the sky outside is starting to “light up”!