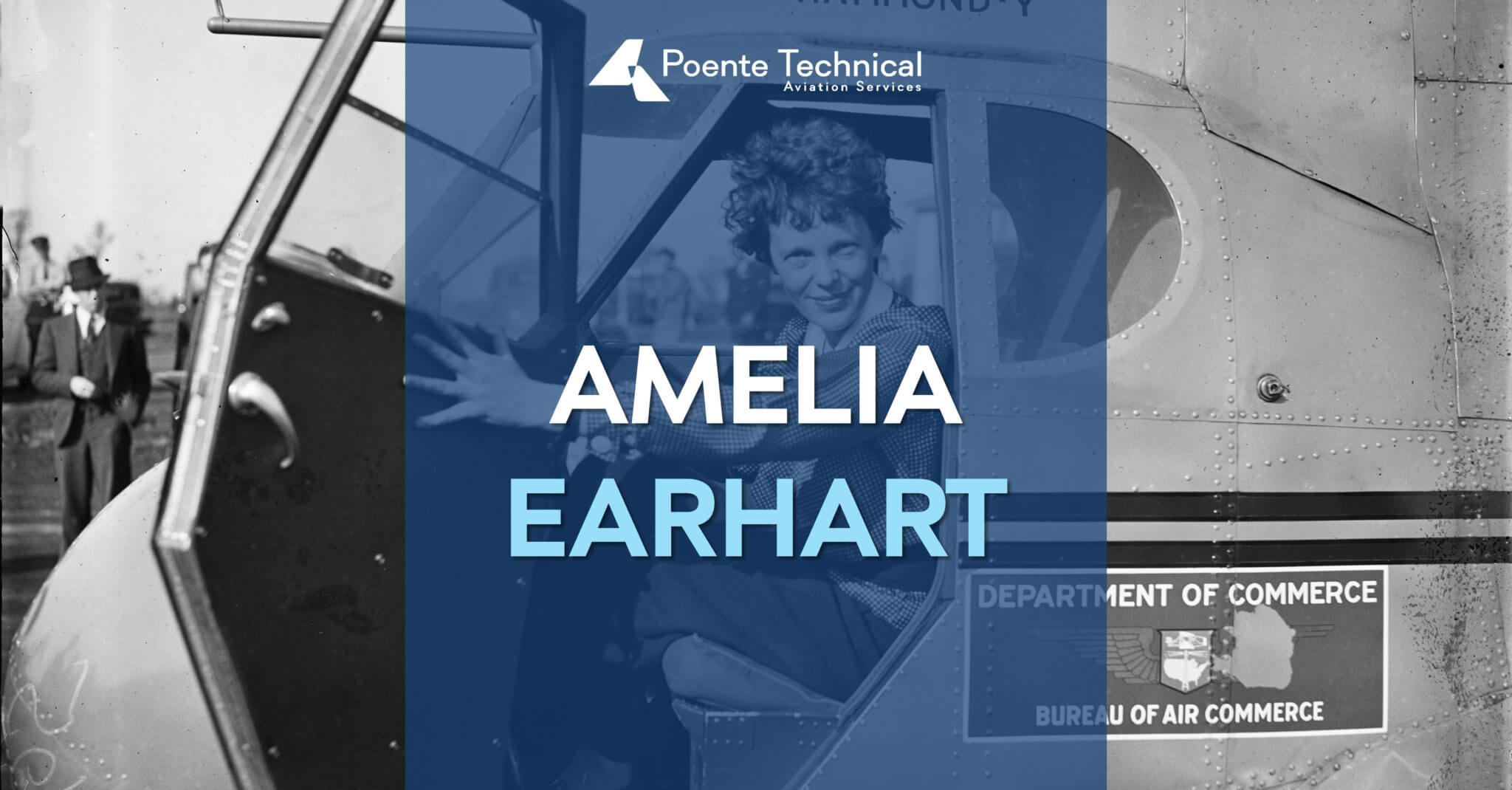 Name that must not be skipped when we talk about the history of aviation is Amelia Earhart. Amelia Earhart was an aviator who set several flying records, including becoming the first woman to fly across the Atlantic Ocean in 1928 as well as the first person to cross over both the Atlantic and Pacific. She also encourages the promotion of women in aviation. Being a pioneering female pilot, strong-minded and confident, and a supporter of women’s rights, she is one of the most notable figures of the 20th century.

Amelia Earhart was born in Atchison, Kansas, July 24, 1897, by parents Amy Otis and Edwin Stanton Earhart who was a railroad attorney, so she spent her childhood in various towns across the US.

In 1908, following her father got a job with Rock Island Railroad and moved to Des Moines, Iowa, Amelia and her sister Muriel moved there to remain with their parents. It was in Des Moines that Amelia observed her first airplane at a fair. She was not especially impressed, although it had been only six years since the Wright brothers gained their first flight at Kittyhawk, North Carolina. The first impression did not promise that she would become one of the most famous figures in the history of aviation.

The carefree childhood was stopped by the death of her grandmother, as well as Amelia’s father struggles with alcoholism. After several unsuccessful attempts to heal from this blemish and since he was out of work, Amelia’s mother decided to leave him and moved with her daughters in Chicago. There Amelia gained a good education at Hyde Park High School in Chicago. She was excellent in science and was envisioned with a brilliant academic career. Her ultimate goal was to attend Bryn Mawr, then Vassar. In 1918 she left junior college to shift a nurse’s aide in Toronto. Amelia lives essentially with her grandparents in Atchison through the school year and during summers she was with her parents in Kansas City.

During World War I, when visiting a sister who lived in Canada, she met many wounded men from the war. She decided to help as a volunteer at Toronto’s Spadina Military Hospital. The following year, Amelia enrolled as a premedical student at Columbia University in New York. Although she was a good student, she decided to leave college after a year, to move to Los Angeles with her reconciled parents.

In Los Angeles, she flies the plane for the first time, which changed her life from the ground. She fell in love with flying and decided to become a pilot. Amelia started flying lessons and she worked as a filing clerk to pay for those lessons. Earhart passed her flight test in December 1921, earning a National Aeronautics Association license. She was the 16th lady to be assigned a pilot’s license.

In 1928. publisher George Putnam made Amelia Earhart to be the first woman to travel across the Atlantic—as a traveler. Rest of the crew were both men. On June 17, 1928, the enterprise began when the “Friendship,” a Fokker F7, took off from Newfoundland, Canada heading for England and landed in South Wales. Journalists started calling Earhart “Lady Lindy,” after Charles Lindbergh. From this point, a great career starts.

In August 1928 Earhart traveled solo over the United States and back. The first female pilot that had performed the journey alone. George Putnam has enabled the great popularity that Amelia experienced. He helped write and publish her first book “20 Hrs. 40 Min”, duration of the flight with Friendship. In 1931, Earhart married George Putnam. This very year she founded a professional global company for female pilots. Earhart was the first president.

Earhart had two new aims. First, she desired to be the first woman to fly alone around the world. Second, she craved to fly around the world at or near the equator, the planet’s most extended point. The earlier flights had both turned the world much closer to the North Pole, where the length was shortest.

On June 1st, Earhart and her navigator, Fred Noonan, departed from Miami and began the 29,000-mile journey. On July 1st, having achieved 22,000 miles of the trip, they took off from Lae, Papua New Guinea for Howland Island in the central Pacific. After approximately 18 hours of flying, they lost radio contact with the U.S. Coast Guard cutter Itasca, which was supporting lead them into land on the island. There was also difficulty between Earhart and the Itasca over which frequencies to utilize.

Earhart’s mysterious departure seized the public’s imagination and created many ideas and claims. To this day, their outcome is the case of constant speculation. Disappearance proceeds to fuel speculation and searches — it is one of the biggest mysteries of the 20th century.

The largest aircraft hangars in the world
August 25, 2022